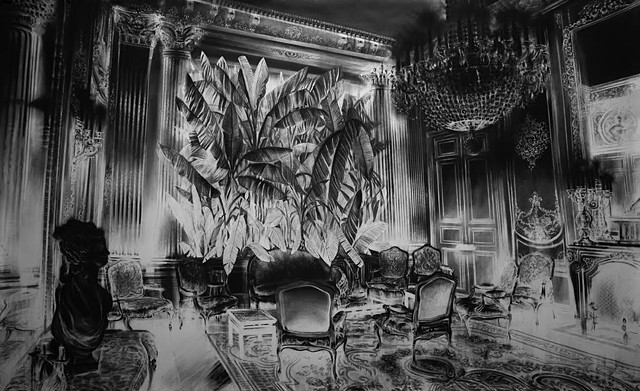 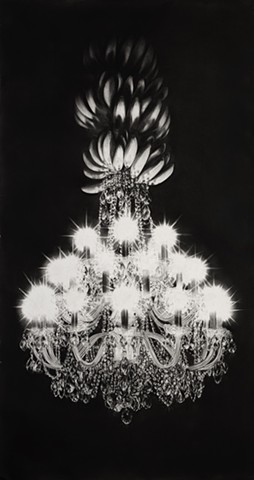 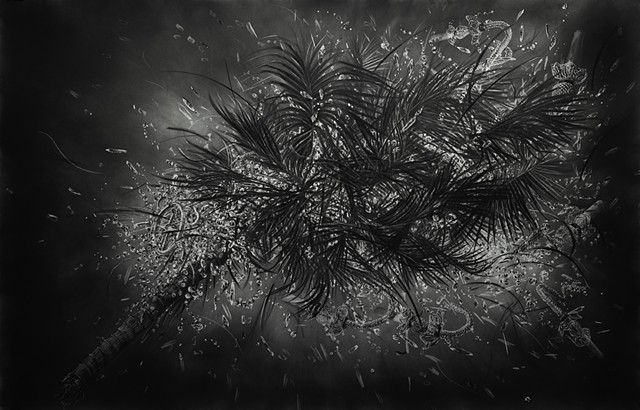 Colisión
charcoal on paper
52 x 80 in 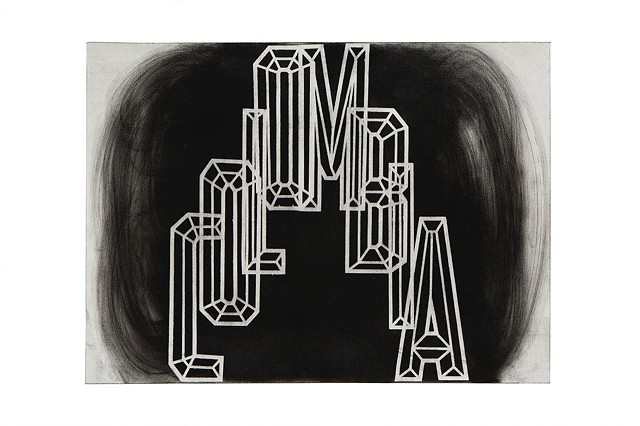 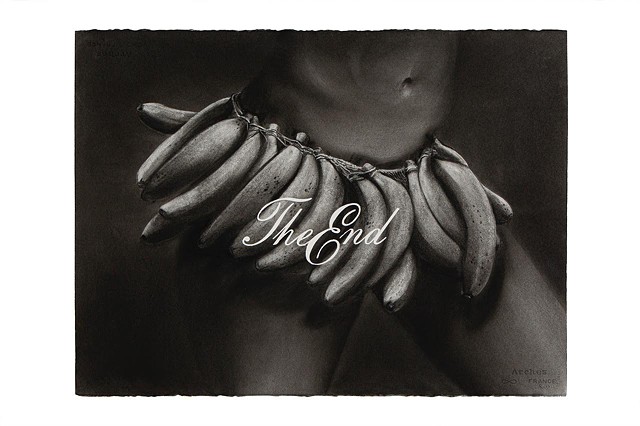 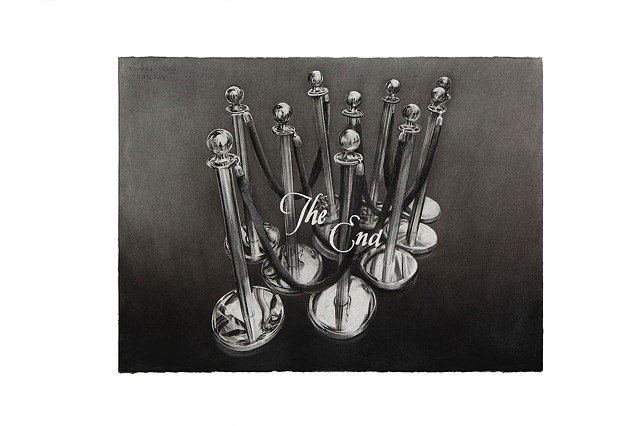 The Beauty of Resignation
charcoal on paper
22 x 30 in 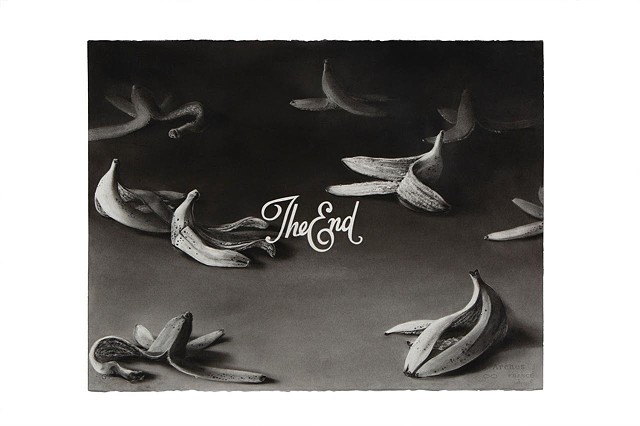 Flavor of Mortality
charcoal on paper
22 x 30 in 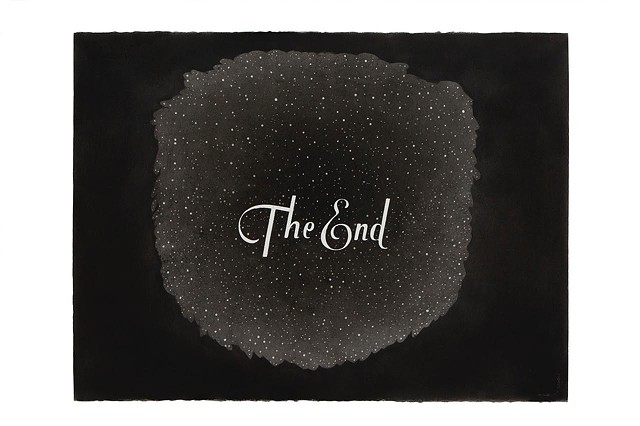 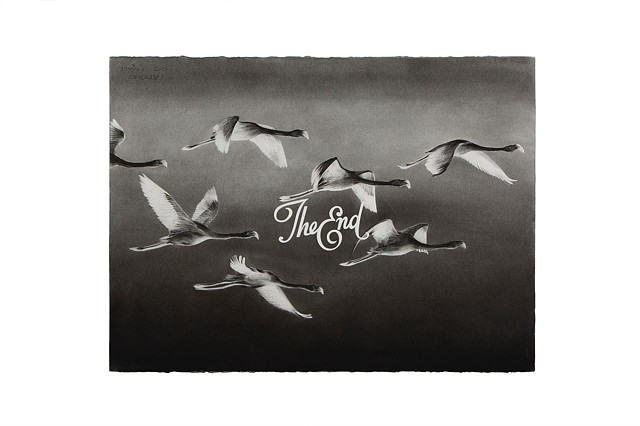 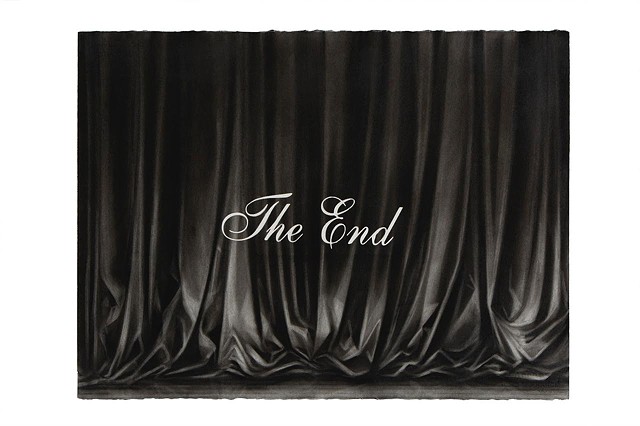 The Folds of Eloquence
charcoal on paper
22 x 30 in 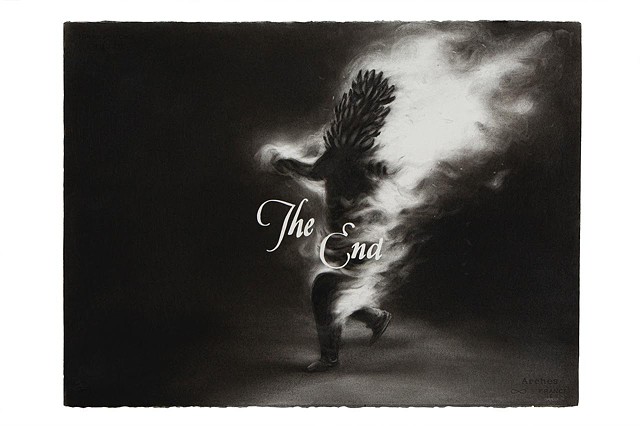 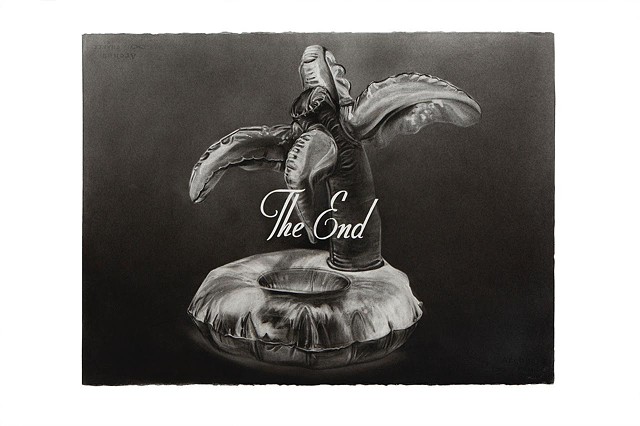 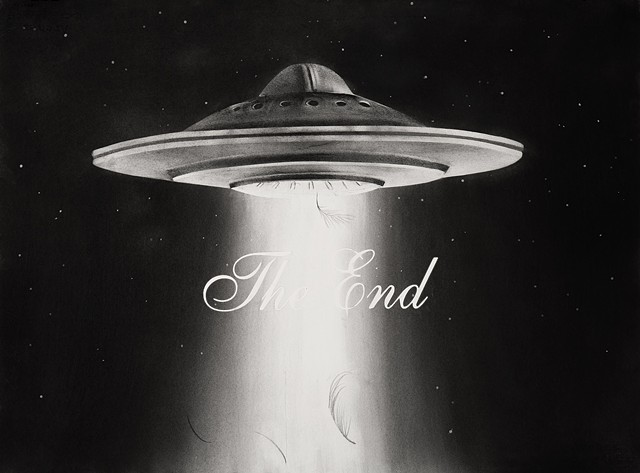 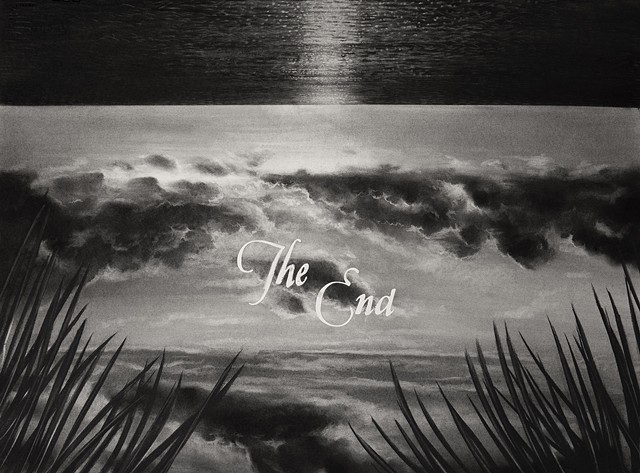 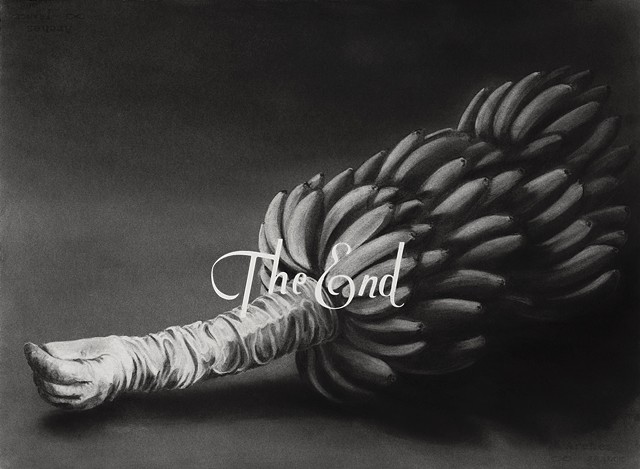 Fernando Pradilla Gallery opens the exhibition Inventory of Tears, the first solo show in Madrid by Colombian artist Gonzalo Fuenmayor (Barranquilla, 1977). The show brings together a series of drawings made in the classic technique of charcoal on paper, which in the manner of European masters, relies in chiaroscuro as a way to bring out light from darkness. Out of these dark backgrounds, worked intensively with charcoal, Fuenmayor brings out highlights which draw and illuminate the motifs of his works. The artist thus eliminates the use of color usually associated with the tropics and adopts black and white as a way of defining his hybrid identity. The title of the exhibition arises, according to Fuenmayor, from a project carried out a few years ago “where Victorian chandeliers hung in the middle of a banana plantation”, encountering “the task of making an inventory of tears or crystals that hung from the chandeliers, in order to account for the pieces and avoid any loss. Opulence and decay filtered by the accuracy of an inventory”. Many of these chandeliers inhabit much of Fuenmayor's artistic production, playing a double function; on the one hand, illuminate in a literal and metaphorical sense, all what lies hidden by the shadows of reason, and on the other, to expose the symbol of maximum European luxury and decadence. The result of this opulence produces seemingly useless objects that, beyond their decorative function, become symbols of power. The tears alluded in the title of the show are referenced in two large scale drawings. In "Collision", numerous fragments of these lamps are violently thrusted outwards after the clash between a palm tree and a chandelier, while in "Apocalypse XXV" the same tears remain motionless hanging from a banana bunch. The tropics and the baroque are intertwined and entangled, alluding to recurrent negotiations implicit in the pursuit of an identity and the constant search for a sense of belonging. Precisely part of this quest is explored in the video "Pangea", also present in the exhibition, where national anthems of North and South American nations reverberate at the same time, offering a deafening reflection about the unfulfilled promises of nationality. Gonzalo Fuenmayor's speech is thus formed from irony and parody. The artist fuses objects with no apparent relationship and creates images that he defines as “visual grafts” where the contrast between the shape and its signifier takes on a new thought provoking reading on the spectator. The exhibition includes two other series of drawings: "Over a Billion Served", inspired by Macondo and the mac-donalization of Latin American culture through clichés/propagandas, and "The End", which derives from the final credits of vintage Black and white movies. While the Macondo series exploits the iconic image through repetition and gestural variations, in "The End" series, each drawing represents a fictional final scene of an imaginary film. Despite both series convey different themes, they do share an interest in repetition and seriality, as well as a harmonious choreography of erasing and adding charcoal, of the baroque and the exotic, and surprise and expectation. The apocalyptic tone of the series, aims to propose unusual tensions between the text and picturesque postcards associated with a tropical paraphernalia. This look towards the tropics -the Caribbean-, finds a space for reflection concerning the hybridization between McDonald’s and Macondo, making visible the colonial exoticism towards Latin culture and its supposed magical realism.